My last of 3 great day trips to recommend is the magnificent Chateau of Versailles. 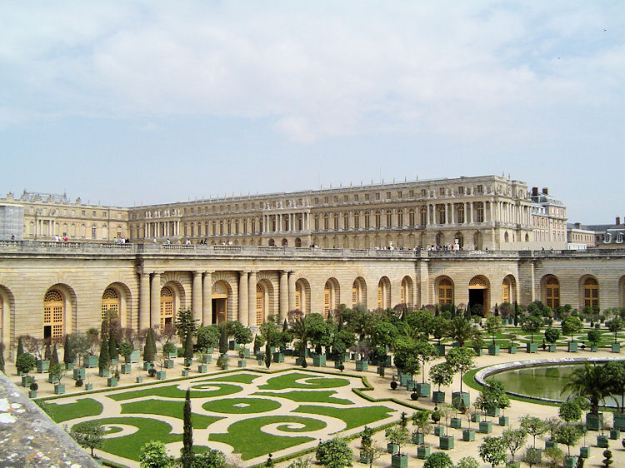 Originally constructed as a modest hunting lodge by Louis XIII in 1624, the Chateau was expanded and transformed over the next 50 years to become what is arguably the most extravagant palace in Europe, if not the world.  The Chateau became the official seat of the French monarchy when Louis the XIV moved the court from Paris to Versailles in 1682, and remained in use until the French Revolution in 1789 when Louis XVI and Marie Antoinette were “escorted” back to Paris.

Set amid 1800 acres of elaborate gardens and parklands, the Chateau has over 700 rooms, 1,250 fireplaces, 67 staircases and 2,000 windows, with the most elaborate furnishings, sculptures, tapestries and artwork of the time.  The renowned Hall or Mirrors, or Galerie des Glaces recently completed an extensive 3 year, 19 million Euro renovation. 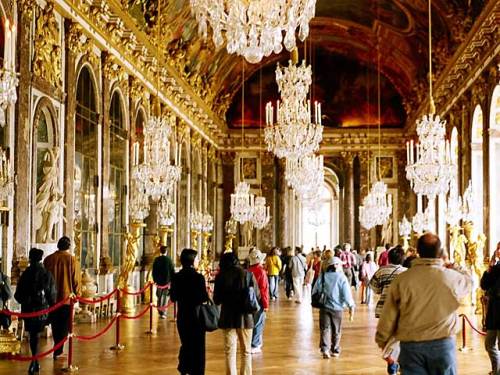 Two-thirds of the 357 mirrors were cleaned and restored, and those that could not be restored were replaced with antique substitutes.   In addition, the incredible ceiling artwork of Charles le Brun has been painstakingly hand-cleaned by forty restorers who worked full time for 18 months to return the canvases to their original state.

Also on the Domain of Versailles you will find the Grand Trianon, which was used by the king as a retreat when he wanted to get away from the formality and demands of the royal court….sort of a “staycation” you might say.  You can also visit the Petit Trianon, which was originally built by order of Louis XV for his long-time paramour, Madame de Pompadour.  Sadly, she died before its completion, so Madame du Barry, her replacement, set up residence there.  When young Louis XVI ascended to the throne in 1774, he gave the Petit Trianon to his 19 year old Queen Marie Antoinette.

There is so much more to see here that I won’t go into every detail, but I’d be remiss if I did not mention the unbelievable, extravagant gardens.

On weekends in summer you can pay an extra fee to attend the Grandes Eaux Musicales, famous fountain show….like Bellagio fountains without the computerization.

My best advice is to check the official website for opening times and prices, as they vary for each building and by season.  And you can count on temporary closings for some portions due to ongoing renovations.  But you won’t be disappointed….there is more than enough to occupy a full day.  You can purchase tickets online in advance and print them out before you leave home.  Or the general admission is covered in the Paris Museum Pass.  And the facilities for tourists are just as extensive as the grounds themselves.  Audio self-guided tours, guided escorted tours, mini-trains, electric carts, segway tours, bicycle tours, restaurants, snack bars, and the obligatory gift shops….a veritable Disneyland.  Yes, of course it’s crowded, but you can’t leave without seeing it.  So just go!

While I am not a proponent of capital punishment, after spending time at Versailles, it’s not hard to understand why the French invented the guillotine.

Versailles is located about 14 miles southwest of Paris.  From central Paris take the RER Line C5 in the direction of Versailles Rive Gauche Chateau (avoid the Versailles-Chantiers station as it’s not as convenient).  Get off the train, walk straight out the station doors.  Cross the street in front of you, turn right and walk about 2 blocks, then turn left and continue straight about 3 more blocks.  You’ll run right into the palace main gates.  You can’t miss it!  Or just follow the crowds.  If you want more detailed instructions on taking the train, I like this blog post   Round trip ticket should be around 6 Euro.